It’s Monday night, and we’re counting down the minutes to Disney’s bumpy Book of Boba Fett. But the lingering fear we’re feeling is “Which show is going to show up?” Are we going to see an amazing Mandalorian focused episode, guest starring the title character again? Or, is Fett going to set the record straight and return to cold blooded form, taking the fight to the Pikes in epic butt kicking fashion. There are so many theories and wannabe spoilers floating around that it doesn’t really help to speculate. We just don’t know. In a few short days we most certainly will.

Our general feeling is that this episode will be the compass that the rest of the fans will use to gauge their excitement. Luke is back, and fans have spoken that THIS is the Luke we wanted. How will Disney capitalize off of this new positivity?

Here are a few predictions based on how we’re interpreting the story. Any chance of them being correct? We’ll find out Wednesday!!

As it is, we’re strapped in and waiting/stressing/sweating on the next episode and hoping for the best. Whatever happened to this series behind the scenes, we hope it’s over. We hope they figured it out. We hope we have an amazing adventure Wednesday night along with millions of other fans as Disney rolls out what has the potential to be a new high standard in the Star Wars lore. 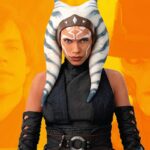 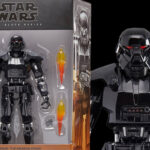