If you’ve seen Eric July’s video regarding the bait and switch tactics of the companies in charge of so many of our fandoms, then you can see how trust has been eroded with the mishandling of the IPs that have been built over the last 70 years, and not just Star Wars.

I don’t disagree completely with July – his points are as relevant as they have always been. I’m a fan, actually. But he’s missed a few details.

At Marvel, instead of a Stan Lee you have a board of directors. You have a story group. It’s design by committee thinking, with maybe someone like Kevin Feige overseeing it. But these people aren’t creators. They’re brand managers. They manage the creatives who generate the story, but aren’t really the ones who’d create it. And the minute they start thinking they ‘drive’ the creative, filling it with their own desires rather than the character’s established arcs and motivations they end up with ‘The Last Jedi. The Eternals. Solo. The Rise of Skywalker. Look at the Star Wars & Marvel box office losses from the last few movies and it’s easy to connect the dots. What the committee wants doesn’t align with what the audience expects.Those in charge have lost their focus – the audience. Then they lose money.

With Lucasfilm’s Disney+ efforts, however, you still have creatives who love and know the Star Wars lore leading the charge. Mainly, Dave Filoni. This guy was trained by THE creator, George Lucas. He knows the spirit and the intentions Star Wars should be directed to, and Jon Favreau is no slouch. Together, these guys are world builders who pay attention to details and history of the worlds they’ve inherited. This is something that Marvel and DC just don’t have anymore. And it was something that was lost in the world of Star Wars with the sequel trilogies.

So, I guess what I’m saying is this.

So get used to seeing Luke. And be excited to be a fan again, as all of the animated series characters come to life and get to interact with our favorite original trilogy characters.

If Luke talking to Ahsoka isn’t proof enough, then there is NOTHING I can say to convince you. But if someone told me that I would ever see that conversation, I wouldn’t have believed them. And yet, there they are.

It’s a wonderful time to be a fan. And I think it’s only going to get better. 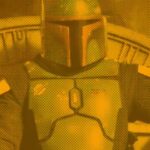 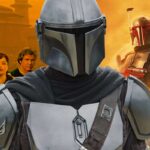